You are at:Home»Ajira Serikalini»3 New FORM FOUR and Above Government Job Vacancies PWANI at Mafia District Council October, 2022
Want create site? Find Free WordPress Themes and plugins.
Jobs in Tanzania 2022: New Government Job Opportunities PWANI at Mafia District Council 2022
Mafia District Council Jobs 2022
Government Job Opportunities Mafia District Council 2022, Ajira Mpya Mafia 2020, Nafasi Za Kazi Serikalini 2022
Mafia Island (“Chole Shamba”) is an island in Tanzania. As one of
the six districts of the Pwani Region, Mafia Island is governed from
the mainland, not from the semi-autonomous region of Zanzibar, of which
it has never been considered to be a part politically.According to the
2002 Tanzania census, the population of the Mafia District was 40,801.
The economy is based on fishing, subsistence agriculture and the market
in Kilindoni. The island attracts some tourists, mainly adventure scuba
divers, game fishermen, and people wanting relaxation.
Recommended:
Download Your National ID (NIDA) Here | Download NAMBA NA KITAMBULISHO CHAKO CHA NIDA. BONYEZA HAPA!


Geography
The Mafia archipelago consists of one large island (394 km2 (152 sq mi))
and several smaller ones. Some of the smaller ones are inhabited, such
as Chole Island (2 km2 (0.77 sq mi)), with a population of 1415. Chole
Bay, Mafia’s protected deep-water anchorage and original harbour, is
studded with islands, sandbanks and beaches. The main town is Kilindoni.
The stretch of water between the deltas of the Rufiji River and the
island is called Mafia Channel. .
Recommended:
CHECK SCHOLARSHIPS OPPORTUNITIES TO STUDY ABROAD CLICK HERE!
History

Mafia Island is mentioned at least as early as the
8th century. The island once played a major role in ancient trade
between the people of East Asia and East Africa. It was a regular stop
for Arab boats. On the tiny island of Chole Mjini, just offshore in
Chole Bay, once stood a settlement that constituted one of the most
important towns controlling trade from the silver mines of Eastern
Zimbabwe, which reached the town via the old ports of Kilwa and
Michangani.In the mid-1820s, the town of Kua on Juani Island was
attacked by Sakalava cannibals arriving from Madagascar with 80 canoes,
who ate many of the locals and took the rest into slavery. . 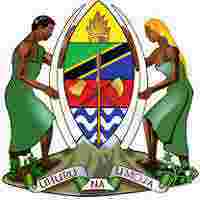