Presidential candidate through the ticket of the Public Voice Party (SAU) Muttamwega bhatt Mgaywa addressing the people at Tegeta Stadium for Beard, Kinondoni District as a continuation of the campaign towards the October 28 general elections, promising free education from the ground up. pre-university to university with interest-free loans to entrepreneurs, Today in Dar es Salaam 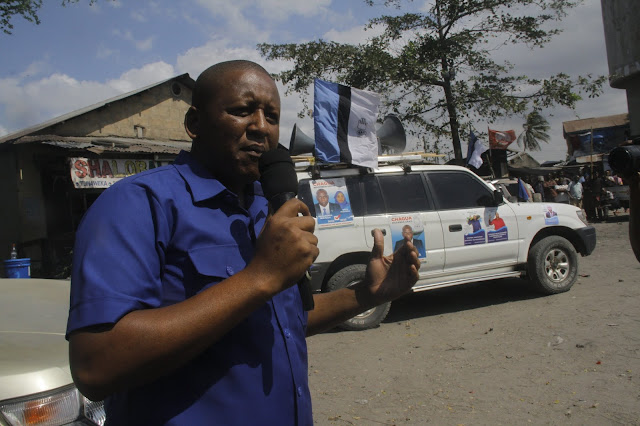 Director of National Policy from SAU, and candidate for the Kibamba constituency parliamentary seat Kunje Ngombale Mwiru bidding for policies at Sifa, Tandale stadiums and promising blessings to the residents of those areas as well as ensuring every citizen has access to essential services, today in Dar es Salaam .

SAU Party Chairperson and Guardian Bertha Nkango Mpata talking to Tandale and Manzese residents who turned out to listen to the party’s policies at Sifa Stadium, Tandale. SAU has promised to improve the housing of the people if they give them consent through the October 28 general elections, today in Dar es Salaam. 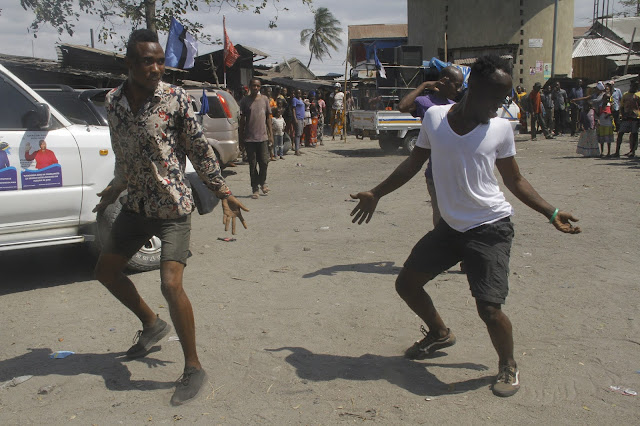 SAU candidates for various positions entertaining immediately after the opening of the campaign at Sifa Stadium, Tandale in Dar es Salaam. 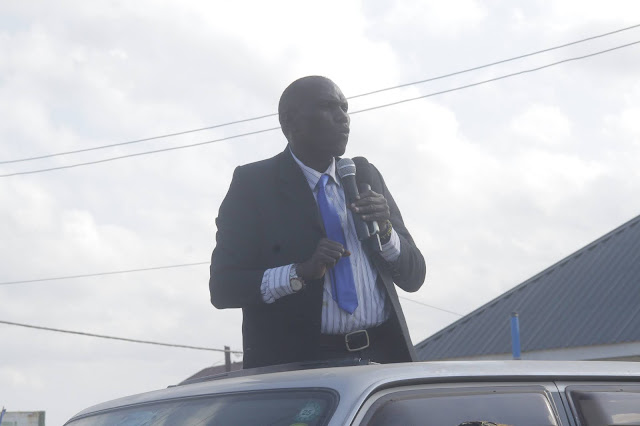 Citizens listening to the candidate.

Muttamwega Bhatt Mgaywa, a PRESIDENTIAL CANDIDATE through the ticket of the Public Voice Party (SAU), has promised to build better housing for the people of Tandale and Manzese in Dar es Salaam at the expense of the Government. and access to essential services including health, water and education.

Speaking today at a continuation of the campaigns held at Sifa Stadium, Tandale in Dar es Salaam Mgaywa said he had lived in those areas for a long time without seeing them change, adding that the time for change was now, “he said.

Mgaywa said, he is determined and they promise when they enter the White House they will ensure the areas of Tandale and Manzese are similar to the areas of high status.

“I have seen our children playing but there is no hope, in the Tandale and Manzese areas one house has 50 people, one room is occupied by 15 people and our lives must be in line with our economy” he explained.

He said that if elected he would have only 12 cabinets to cut spending and funds would be directed at development projects that would benefit the people.

He added that Tanzania is a rich country that can stand strong and implement major development projects.

“Entrepreneurs we are aware of the challenges you face, we will provide a loan of one million shillings without interest to entrepreneurs the ticket to get it is a national identity card and we will improve the JPM entrepreneurs’ IDs by posting pictures” he said.

Mugaywa has promised to add more flights to bring in more tourists as well as to transport goods.

“I first entered Parliament with Magufuli in 1995, when I was sworn in I flew with Magufuli and we had 7 ATCL planes, now they have increased and I promise we will add more to bring more tourists and transport goods …. The President has set an example we will move forward” explained Mugaywa.

For her part, co-candidate for the presidency Satia Bebwa has promised mothers to address health challenges by ensuring they receive free services.

“I am aware of the challenges of mothers and young people, education will be provided free of charge to university and children from one year to 18 years will be paid salaries … we focus on equality for all and live a life in line with our economy” he said.

Located in Kigogo SAU Ward, they have opened a branch of the party and received 52 members, where they have also pledged access to clean water, free education up to university and infrastructure improvements.

Also in Tegeta Ward, Kinondoni District SAU has pledged to implement all promises including interest-free loans to entrepreneurs, free education up to university for excellence for all Tanzanians.

Did you find apk for android? You can find new Free Android Games and apps.
JOIN US ON TELEGRAM
Get Notifications Faster by:
(Visited 1 times, 1 visits today)